"The special way in which Jana Irmert combines composition and film reflects not only the destructive tension and the permanent psychological state of alarm of the protagonists as severely traumatized young war veterans, but creates a space for their voices and thus gives an important room for the audience’s thoughts and feelings. In her soundtrack to STRESS the composer dissolves in a virtuoso and at the same time natural way the boundaries of sound design and music composition and thus creates a cosmos of sound, in whose reverberation relentless clarity and brutal insight are evoked through its uncompromising reduction."

"The trauma of 9/11, the ideology of violent retribution, military service as a patriotic family tradition, the “unfairness” of today’s warfare – in their voice-overs, five young Afghanistan war veterans first establish familiar foundations. Joe, Torrie, Mike, James and Justin from Pittsburgh are slow to show us their faces. Physically unharmed but full of inner pain they have become the misunderstood upon their return. Their violent experiences speak a language that the people at home don’t understand." 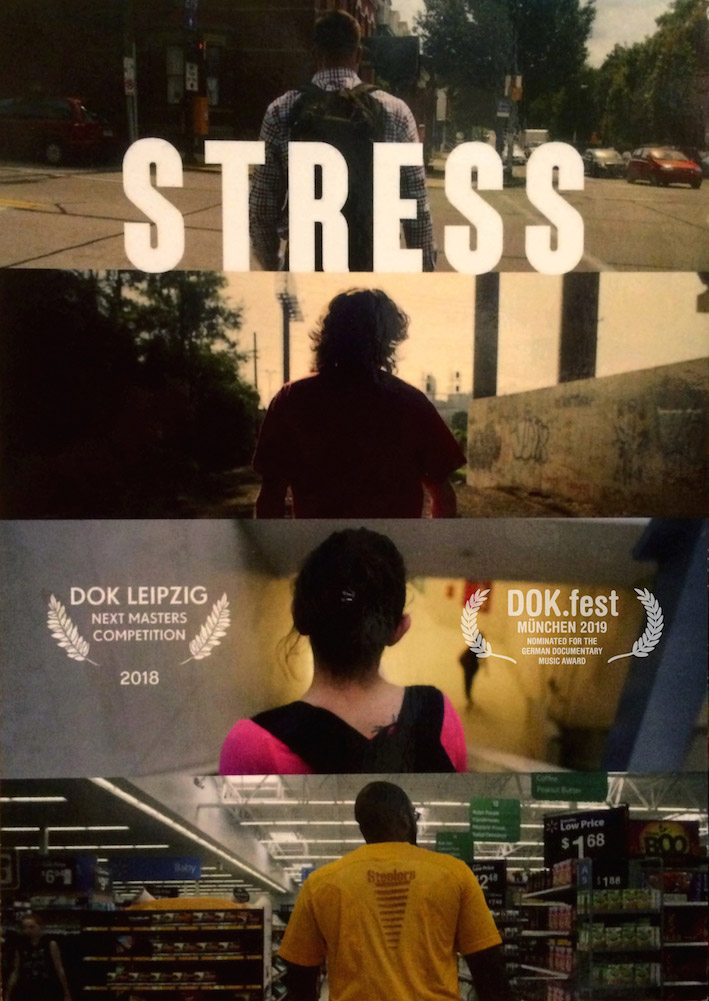