It seethes and flows, floating beyond summits and into canyons, underwater mountains and drowned volcanos.

Obstacles was inspired by the Russion composer Eduard Artemjew’s compositions using the ANS synthesizer and follows the idea of a piece that incorporates a static state as well as constant movement, like trying to swim in syrup. The slow-motion video resonates with the same idea. Whereas often footage of drifting clouds is sped up to achieve an effect of constant movement, here the images were slowed down significally as the rare occasion of clouds drifting exceptionally fast occurred when filming. The result is of strange intensity and has a hypnotizing effect – the movements of the tree being so tardy as if under water whereas the clouds drift easily.

Music and video by Jana Irmert 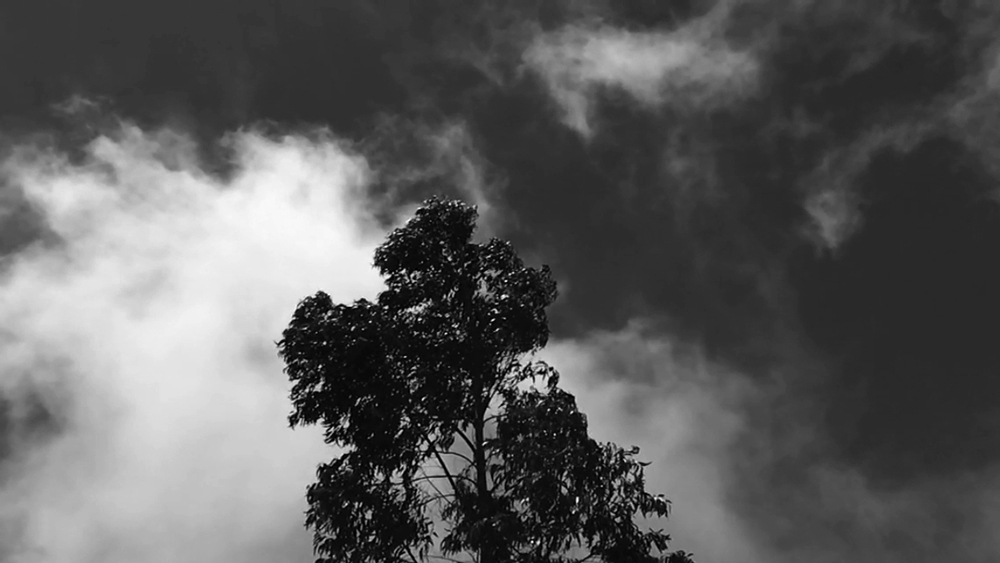