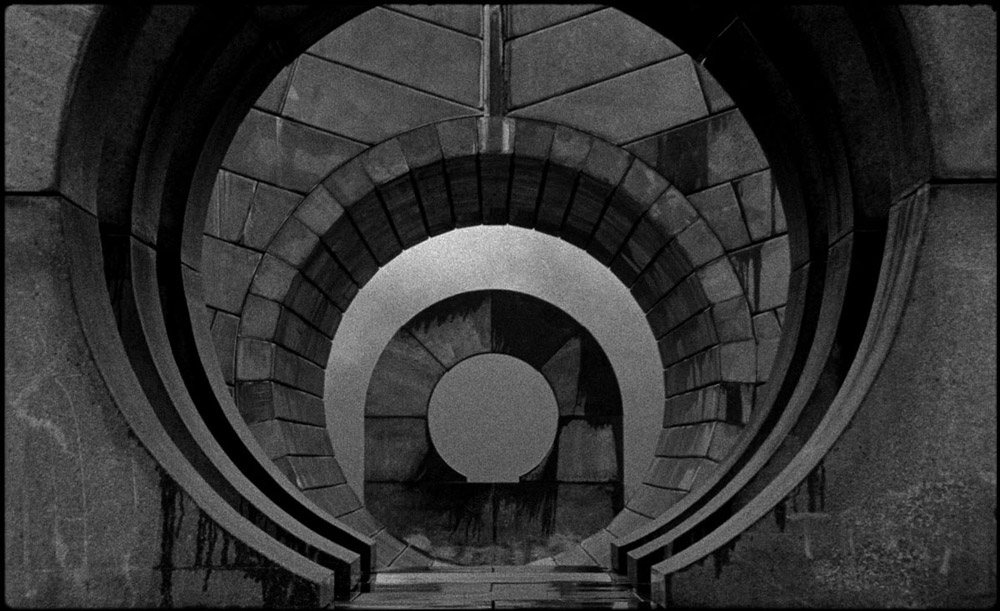 Last and First Men juxtaposes a science fiction story written in 1930 and a haunting musical score with filmed images of the “Spomenik” – futuristic, abstract stone monuments erected during the communist era in the former Yugoslav republics.

The narrator describes the life and society of a dying future race of humans, while taking us through a landscape of surreal and phantasmagorical monuments - filmed in 16mm black and white. These structures – once intended as symbols of Unity and Brotherhood but now forgotten, derelict and overgrown by vegetation – stand like lone, abandoned beacons, still beaming their message into the wilderness of the Balkan republics. The roving camera takes us through this futuristic landscape while we gradually learn all about the tragic and yet hopeful story of the last humans.

The film creates a poetic relationship between these decaying concrete monuments and Olaf Stapledon’s story of a crumbling future civilization and synthesizes out of these seemingly unrelated elements an allegory on remembrance, unity, commemoration and the death of ideals and utopia. 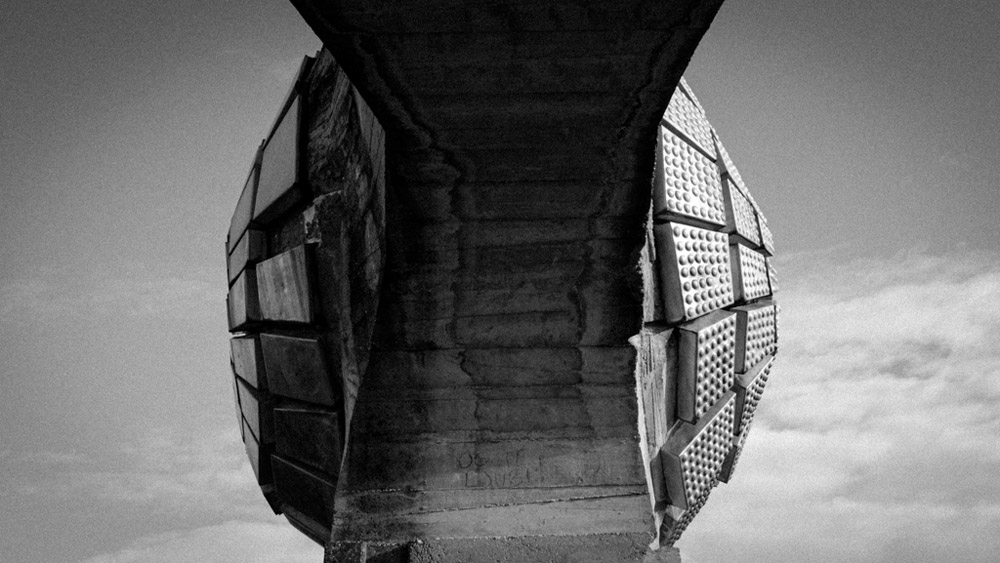 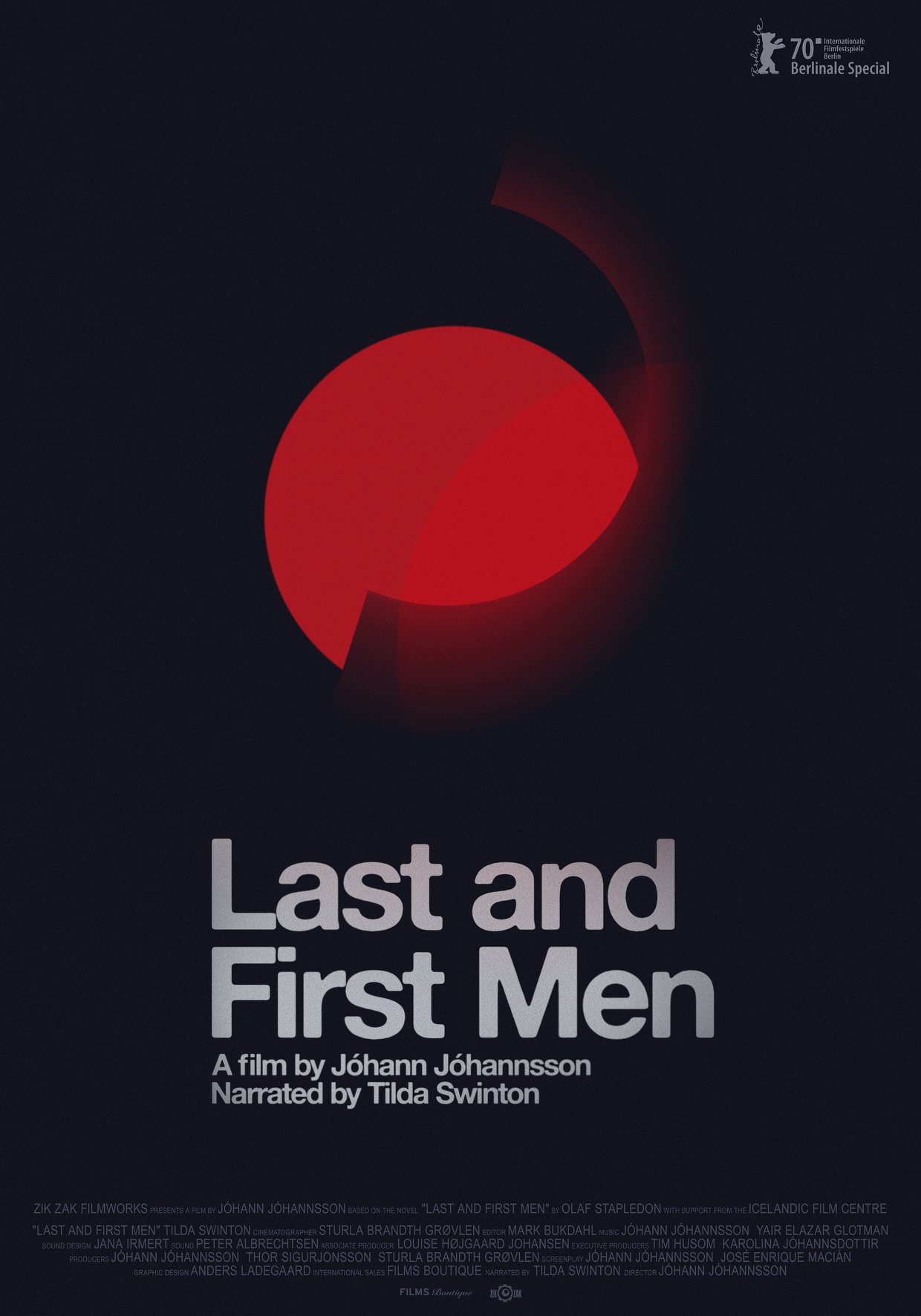 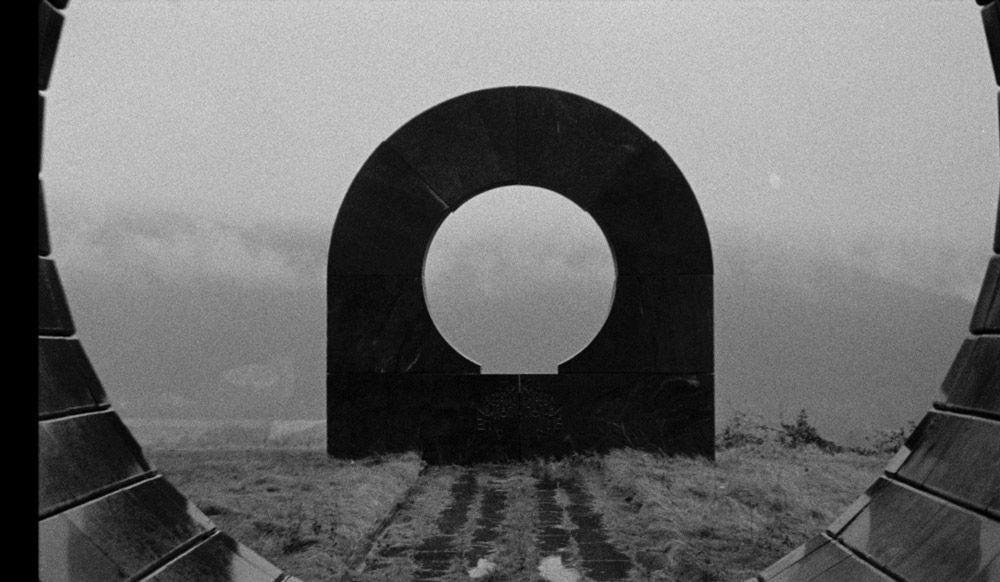